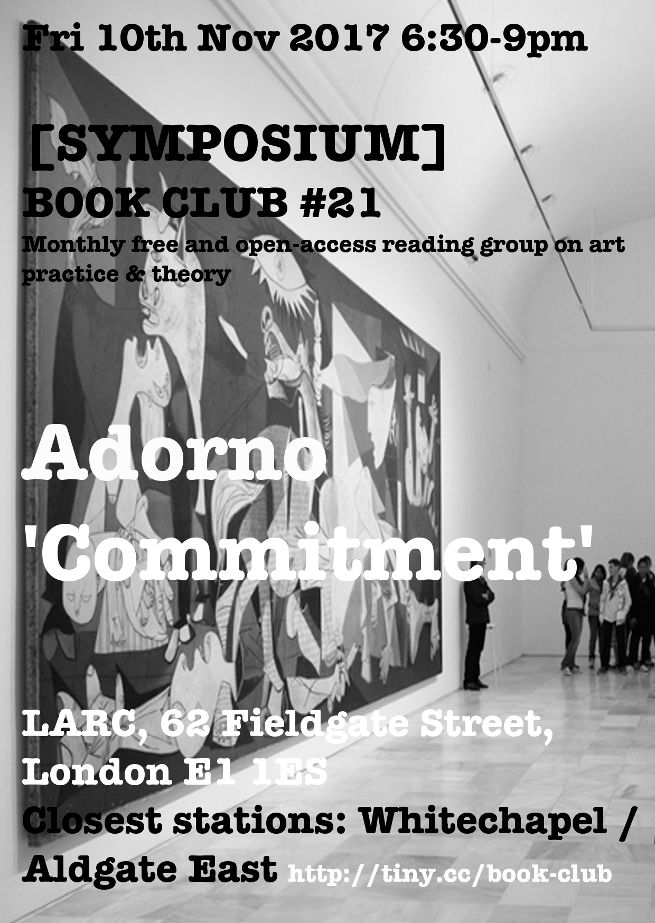 In ‘Commitment’ Theodor Adorno explores the possibility of political content in art through a consideration of the idea of ‘commitment’ on the part of authors, as put forward by Sartre in an essay on literature, and the political intent in the work of Bertolt Brecht.

Adorno explores problems he identifies with art that is concerned with making political messages and instead makes a defence of ‘autonomous’ art – claiming that the autonomy of art acts as a form of resistance to society in and of itself.

This text poses central questions in respect to the value of art in contemporary society and the role artists can hope to have in relation to political and social discourse, questions which seem pressing at this time when societal norms about the values and the stability of the liberal cultural consensus appear to be less stable than thought following the election of Donald Trump and Britain’s vote for Brexit.