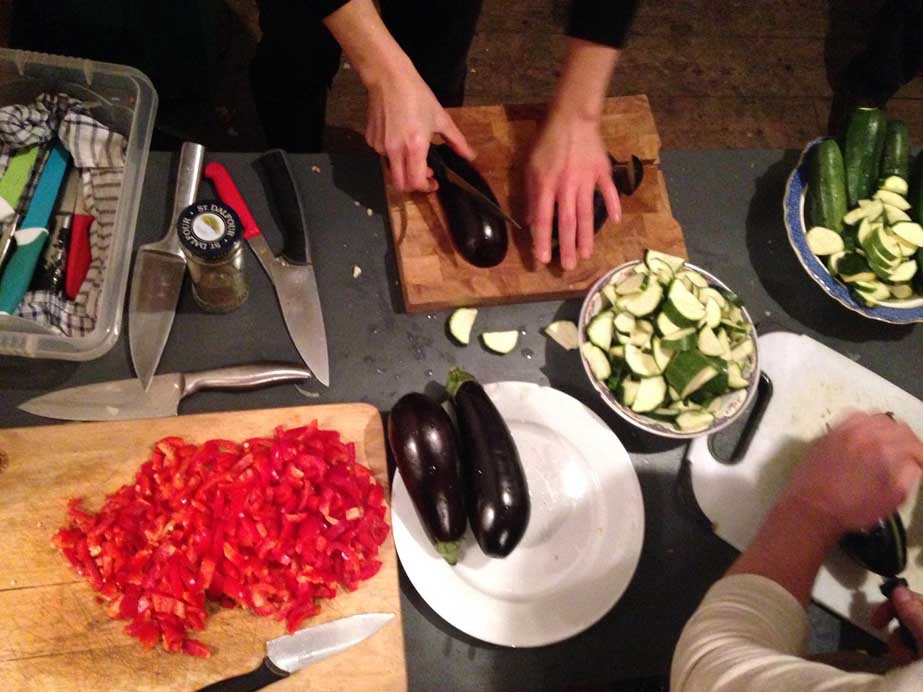 We launched the [SYMPOSIUM] book club on 13 November 2015 with a discussion of Immanuel Kant’s 1784 essay An Answer to the Question What Is Enlightenment? We considered Kant’s early modernist utopian ideas, recognising that they are built into the fabric of our everyday lives; from the institution of free speech, the conventions of professional practice and public discussion, to the role of critique and the responsibilities of the individual in society. Using Kant’s criteria, we addressed the question: Do we live in an Enlightened society? Considering the wars, atrocities and escalating violence since 1784, we asked whether Enlightenment ideals have had a regressive effect on modern individuals and social structures, a question that Adorno and Horkheimer take up in Dialectic of Enlightenment (1944). We skirted a question regarding the consequences of Kant’s thesis for art education, and we might want to come back to this question later.

Also in our first meeting, we began a discussion about how the group will function and we made a number of decisions. We found a name for the club and we decided that we would meet on every second Friday of each month from 6pm – 8:30pm. We also selected the text for our next meeting.

[SYMPOSIUM] #2 took place on 11 December 2015 with Writing against Culture (1991) by feminist anthropologist Lila Abu-Lughod. This discussion was led by designer Omar Joseph Nasser-Khoury who is currently studying for an MA in Social Anthropology at Goldsmiths. Abu-Lughod couples feminism with post-colonialism to address the pitfalls of anthropological methods of research and analysis, which often construct generalised and over-simplified assumptions based on cultural difference. Abu-Lughod proposes strategies of “writing against culture” to counter ethnographic accounts which present culture as something that is static, discrete, homogeneous and coherent, ignoring the cross-over between societies, social and cultural change, subjectivity and everyday contradictions. Omar provided an introduction to the text and a context for us to think through these ideas by discussing his collaboration with a group of Palestinian refugee embroiderers at INAASH, Beirut. Despite (or because) of this grounding, the text proved quite challenging due to the sheer breadth, complexity and slipperiness of the concepts that Abu-Lughod extracts and skilfully connects. Once again we came to the conclusion that what we agree on in theory is very difficult to apply in practice, and that we have a long way to go before we can align intentions and outcomes – largely due to broader social, economic and political circumstances. In this case, it might be helpful to consider the recent surge of projects that privilege cooperative ways of working, alternative economies, and ethical sourcing of raw materials or energy (Transition Network, Remakery, Institute of Network Cultures). Socially-engaged or participatory projects initiated by artists and collectives such as Suzanne Lacy, Ellie Harrison, Wochenklausur and Assemble have also developed collaborative models for social change. Grant Kester’s Conversation Pieces: The Role of Dialogue in Socially-Engaged Art (2005) provides a theoretical perspective on this together with a discussion of case studies. There are also various forms of institutional support and funding for these projects (Situations, Robin Hood Coop and Radical Renewable Art + Activism Fund, which will generate funding for activist art through renewable energy).

Continuing with with similar themes, [SYMPOSIUM] #3 took place on 8 January 2016 with The Discourse of Others: Feminists and Postmodernism (1983) by Craig Owens. Owens explores the intersection of the feminist critique of patriarchy and the postmodernist critique of representation, in search for a way to conceive difference without opposition. His starting point is a definition of postmodernism as a crisis of the cultural hegemony of the west. For Owens postmodern cultural production is characterised by pluralism and indifference, with consequences for our sense of cultural identity. Owens considers the absence of discussions of sexual difference from postmodern texts alongside corresponding feminist and artistic critiques of representation. From the outset we encountered in practice what Craig Owens means by The Discourse of Others, as our situated identities informed our nuanced interpretations of the text. We read some passages closely, stopping to discuss definitions and examples of the various concepts that Owens weaves into his argument (postmodernsim, pluralism). We focused on his insistence that critics ought to address (sexual) difference, and we evaluated the dilemmas he sets up in the reading and interpretation of art. We examined the possibility that if we consider the artists’ (sexual, ethnic, class) identity as a defining element in our reading of the work, this may produce another kind of master discourse or essentialist reading of the work. We came to the conclusion that all these different perspectives can coexist simultaneously, sometimes giving way to others as subsequent experiences modify our viewpoint.

This sets us up for The Death of the Author (1977) by Roland Barthes at [SYMPOSIUM] #04 on 12 February 2016. Led by Henrietta Ross, this session will consider the reader, context, authority and authenticity, focusing on the essays’ influence on a contemporary understanding of cultural production and the role of the individual with in it. For more details please visit the [SYMPOSIUM] page.

There were no new proposals, which is a relief as we already have 7 pages of them and we ran out of time before we could discuss Studio Crits and Gallery Tours. We will address these topics and select texts for April-June at next month’s meeting.

In December 2015 and January 2016 we helped out at the Field Kitchen, a collaborative meal prepared every Wednesday evening at The Field. Richard cooked a delicious ratatouille with pasta. Highlights included Toby’s squash and apricot tagine with pomegranate seeds, Florence’s red veggie curry with rose shortcake for dessert, Dales’ fiery bean and sweet potato chili and Isobel’s subtle squash curry with aromatic rice.

If you’re free and hungry on a Wednesday evening pop into The Field for a home-cooked meal and good company. Food is served at 7:30pm, it’s pay what you can and the income goes towards expenses for the running and maintenance of the Field. If you would like to help out, setup is from 6pm and there’s always something to do until everything is cleared up at the end of the evening. You can also volunteer to cook by adding your name to the list on the wall.