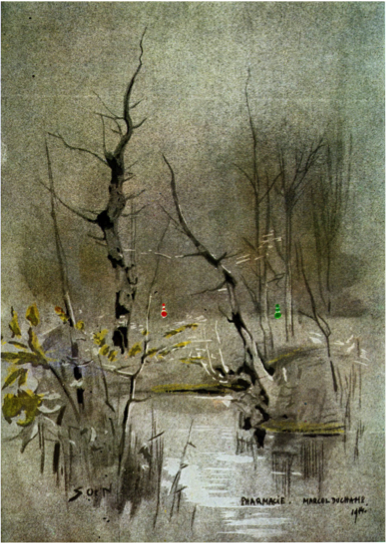 Spring 2016 was a busy time at ART&CRITIQUE! We launched two new events – the [GALLERY TOUR] and the [STUDIO CRIT] — and we hatched new plans. For more details please read on.

The discussion of Bruno Latour’s essay On Actor Network Theory (1990) was chaired by Johanna Kwiat. Johanna animated this difficult text and provided several imaginative routes into its many folds. She summed up the discussion by pointing out that “Latour invites us to think in terms of associations / connections, which don’t need to be qualified as ‘social’, ‘natural’, or ‘technological'”. For Johanna this has the consequence of unsettling “humans or/and human networks [from] their traditionally privileged position”, inviting us to “question the Cartesian legacy (modernism as we understand it), and that in itself is a bonus of reading this text”.

In March we launched the first [GALLERYTOUR] which took us from Hoxton to Mile End. We visited xero, kline & coma to see Chris Alton’s exhibition Under the Shade I Flourish. Blending fact and fiction in an installation comprised of video, posters, music and diagrams, Alton sets up a compelling account of the ill-fated blues-band Trident. The video documentary centres around the figure of Michael Ashcroft, the band’s manager and former Conservative party member, peer and tax exile who has been been at the centre of several political and financial controversies. The documentary chases up a series of ostensibly inconsequential clues in a futile attempt to solve the mysterious disappearance of the band members in the Bermuda Triangle, a metaphor for British Overseas Territories and Crown Dependencies that function as tax havens, a “cornerstone of institutional corruption worldwide”.* If you missed this exhibition you can see it at Lewisham Arthouse from 17-22 May 2016.

The next stop was Cell Project Space for Iain Ball’s installation Praseodymium Intracrine Signal Aggregate, the ninth in his Rare Earth Sculpture series. Ball’s installation engages with the paranoia induced by sustained surveillance. Despite the obvious connections that we were able to make, we couldn’t work out how the different components of the installation – the sculpture, the camera and the monitors – were interacting. The final stop on the tour was at Chisenhale Gallery to see Park McArthur’s exhibition Poly. This installation was composed of plinths along one side of the room bearing found objects that reference the body (condoms, latex gloves, oxygen masks, heel cushions, elbow braces). On the wall hung two sheets of paper soaked with super-absorbent polymer, electric heaters were placed around the edges of the room and three massive blocks of black acoustic foam were wedged into a corner. Like sarcophagi stored in a museum basement these monumental black blocks skewed our sense of balance in this rather empty room. The air felt dry, as though all the moist air was being sucked out by the black blocks. We were not sure whether this was a physical perception or a conceptual one. One of the plinths carried a stack of redacted photocopies of a letter notifying users of the closure of the Independent Living Fund. This was an uncomfortable place, it reminded us that the politics of austerity are having an unequal effect on society by targeting groups that are least able to resist.

*Doe, John (2016). The Revolution Will Be Digitized. Statement issued by the source of the Panama Papers on Thursday 5 May 2016. For more details see Shane, Scott and Eric Lipton (2016). Panama Papers Source Offers to Aid Inquiries if Exempt From Punishment. New York Times, 6 May 2016.

At the launch of the new [STUDIOCRIT] event series we explored concepts of displacement, home and the unhomely with Maria Christoforatou.

Maria’s work explores the emotional and physical dimensions of belonging via the concept of “home”, suggesting that ideas of home are nostalgically associated with imagined authenticity rather than lived experience. It is therefore a concern with identity that lies at the root of her project. To read more about Maria’s work and the studio crit please visit the event review or the event page.

Maria’s studio crit highlighted a common interest in the concepts of home, (dis)location, identity and urbanity so we’re on the lookout for a venue to organise an exhibition around these themes. If you’re interested in collaborating either as an artist, writer, curator or editor please get in touch.

If you would like to show your work at a Studio Crit from June 2016 onwards please visit the page to read the guidelines and get in touch with a preferred date so we can start planning. The Studio Crit is a good opportunity to set some goals for your work and it takes time to organise and promote, so we need to work towards it. The purpose of a studio crit is to visit an artist’s studio for a structured viewing and discussion of the work.

On Friday 8 April we discussed Marcel Duchamp’s paper The Creative Act (1957). Many thanks to F.D. for chairing the discussion and Penelope Kupfer, who fulfilled the role of respondent.

F.D. contextualised the 1957 Convention of the American Federation of Arts where Duchamp delivered this paper, providing a great deal of intricate background information and a set of questions to facilitate the discussion. The discussion centred on questions relating to the role of the artist as “mediumistic being” in juxtaposition to the mediating role of the spectator who “brings the work in contact with the external world by deciphering and interpreting its inner qualifications”. We discussed Duchamp’s use of the mysterious terms transubstantiation, transmutation, aesthetic osmosis and especially his concept of the personal ‘art coefficient’.

Stephen Bennett made a diagram of how the ‘art coefficient’ works which helped us visualise the process. We wrapped up with responses to F.D.’s question on whether “found images can be considered readymades” by focusing on Pharmacie (1914). This is probably Duchamp’s first assisted readymade or appropriated found image, a technique that the Situationists would later call détournement.

Richard Burger and the Symposiastes at The Field Kitchen, 13 April 2016

On Wednesday 13 April, regular participants of the book club ran the Field Kitchen, a collaborative meal prepared every Wednesday evening at The Field, New Cross. Richard Burger cooked an exquisite pasta dish with peas, beans and sage, topped with pepper cheese and accompanied by a delicious home-made white wine from Greece.

Join us on Wednesdays for a home-cooked meal, catch up with some familiar faces, meet new people, help us cook and support this experimental community space. Food is served at 7:30pm, it’s pay what you can and the income goes towards expenses for the running and maintenance of the Field. If you would like to help out, setup is from 6pm and there’s always something to do until everything is cleared up at the end of the evening. You can also volunteer to cook by adding your name to the list on the wall.

On Saturday 30 April the group visited the Whitechapel to see Parallel I-IV, a video installation by Harun Farocki and Imprint 93, an exhibition of prints from the 1990s by then lesser-known contemporaries of the YBAs. The next and final stop was at Raven Row to see Channa Horwitz, a neglected and excluded artist in her own time. This exhibition has been compared to the current exhibition of a similarly neglected female artist, Hilma af Klint at the Serpentine.

We’re visiting the Serpentine next Saturday 14 May on [GALLERYTOUR]#3. But first up is [SYMPOSIUM]#7 on Friday 13 May where we will be discussing a review of Tate Triennial 3 (2006) by Brian Sewell. This session will be chaired by Richard Lloyd-Jones.

All [ART&CRITIQUE] events and free and inclusive so please feel free to invite your friends or bring them along. The London Event Calendar is jam-packed with exhibitions, events, courses and deadlines. Browse some of these below or follow [ART&CRITIQUE] on Twitter or Facebook for irregular event updates. 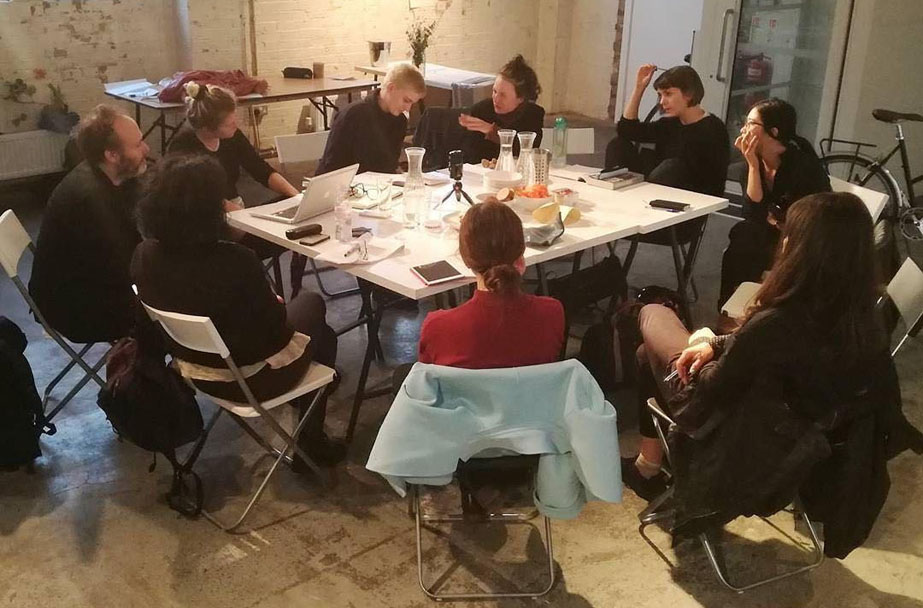 The SYMPOSIUM book club was a monthly open-access reading group for artists, researchers and anyone interested in the intersections between art practice and critical theory. Everyone was welcome to propose a text and facilitate the reading group.